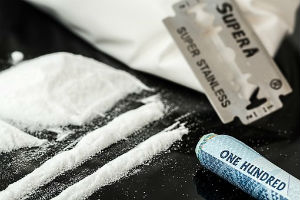 AUSTIN, TX – State and local enforcement officials arrested a person early last week who was under suspicion for dealing cocaine out of a gay bar. Officials say the bar where it occurred is in Northeast Austin.

The arrest resulted from an undercover operation conducted by investigators from the Texas Alcoholic Beverage Commission, Williamson County sheriff’s office as well as the Texas Department of Criminal Justice.

A team of three undercover officers went to the BT2 club at 6607 Interstate 35 North, located North of U.S. 290 East, on June 13. They’d been tipped off about the possibility of narcotics being sold at the club. This information comes courtesy of the arrest warrant affidavit which officers posted on Friday.

According to the affidavit, the police officers ordered a couple drinks from a bartender, then later returned to the bar and wondered if he could set them up some “bump,” which is code for cocaine.

At approximately 8:14 p.m., the bartender motioned to the officers, indicating they should approach Jose Fidencio Hernandez for cocaine. In the document Hernandez is also referred to as Alysha.

It turns out that one of the officers went up to Hernandez and Hernandez immediately inquired how much they wanted. Subsequently, the two of them entered a stall in the bathroom where Hernandez revealed several baggies filled with a white powdery substance and a wad of cash. He produced these items from a purse, it reads in the affidavit.

The officer exchanged the cash for several baggies. Afterward Hernandez hugged the officer and said they hade “wiped her out for the night.” The report then mentions that she laughed at this notion.