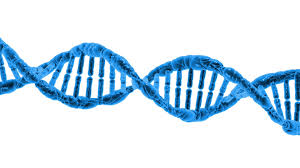 DNA extracted from the body of a 13-year-old girl 28 years ago received new scrutiny thanks to updates to forensic science. However, a significant match lies behind an FBI blockade against local investigators.

The Austin murders of 4 teenage girls nearly 30 years ago shook the community. The grisly nature of the crime disturbed civilians and law enforcement alike. Since, families of the deceased continue to seek justice for the loss of their daughters.

It all began on the night of December 6, 1991. 13-year-old Amy Ayers and 15-year-old Sara Harbison paid a visit to a pair of friends working at a yogurt shop. The yogurt shop, located in a strip mall in the 2900 block of West Anderson Lane, was closing up for the night.

Sara’s older sister, Jennifer Harbison, 17, and Eliza Thomas, also 17, wrapped up their duties as their shifts came to an end.

After closing, the four girls planned to attend a slumber party. Instead, an individual or small group entered the shop with the intention of robbing it. When they encountered the girls, they forced them to the back.

There, they had them disrobe then tied them. The murderer or murderers then shot each girl in the back of the head. Subsequently, they gathered flammable materials, covered the bodies, and set them aflame.

Only after firefighters arrived and hosed out the flames were the bodies of the four girls discovered.

Since the bodies burned extensively, then were watered-down unwittingly, little evidence assisted investigators at the time.

Still, authorities made arrests eight years following the murders. In 1999, prosecutors charged 4 men with the murders. While two cases never made it to trial, the other two resulted in conviction – 1 sentenced to 99 years, the other to death.

However, a decade later the court determined their confessions inadmissible, and it overturned their cases. The district attorney’s office never brought them back to trial as a result of some perplexing DNA evidence that didn’t match any of the suspects.

Techniques unavailable at the time of the trials opened up a new avenue to investigators. Tests on material found on Amy Ayers’s body found a match in a database run by the University of Florida’s National Center for Forensic Science.

While the DNA material, specifically a strand known as Y-STR, fails to identify a specific individual, Austin investigators believe the match would assist their efforts.

The match comes from an FBI submission. In response to calls for more information regarding the submission, the FBI explained it belonged to a set of anonymously supplied profiles. The submissions were part of a program to assist forensic experts in learning more about Y-STR strands and their frequencies.

As a result, they have not released any information regarding the origin on the matched profile.

Pressure from state lawmakers, the district attorney, and the victims’ families seek the release of any information the FBI has regarding the profile.

So far, however, answers remain out of their grasp. 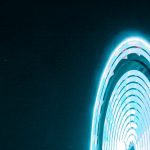 2020 is a crazy year for many. Especially Nikola Corporation. These guys ma ... Read More 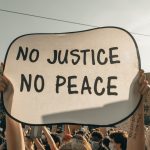 Black Drivers get Unfair Treatment by the Police ... Read More