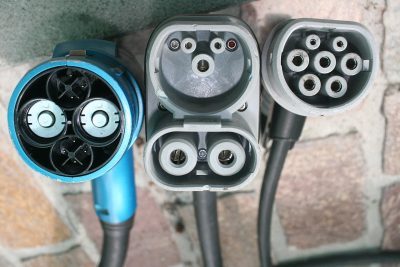 CHAdeMO is the current charging system utilized by the majority of the world. They currently hold the largest dispersion of charging outlets across Europe, Asia, and America. The system was developed by the joining of large Japanese automakers to provide a fast, effective and safe charging system.

That’s a lot of fancy words and math and kilowatts…and stuff. Let’s say that this charging system has long been around since before Tesla’s hit the market. It was developed as an industry-standard in 2015 and quickly developed into other countries. In Europe alone there are over 11,000 charging systems. In Asia, 7,000 systems and in the US over 3,000.

Tesla has been on a hot point currently. With developing better technology from the start, they have been able to implement stronger electric methods than their competitors. Where Tesla, comes up short is the current amount of charging stations in the US. While they remain the spearhead for the electrical movement, many carmakers are rolling out their first line of fully electric cars. These electric cars will not utilize Tesla’s charging stations, instead, use either CHAdeMO or CCS. CHAdeMO currently holds the largest amount of charging systems, but Tesla isn’t far behind.

Charging Systems in the US

As one of the industry-standard charging systems to integrate within the US, CHAdeMO has set itself up for the first generation of Japanese Electric Vehicles. Where Honda, Nissan, and Toyota are already releasing their own line of EV’s the charging systems in place will more than account for the influx of the electric car market.

The results of having a fast-charging system from across the Pacific are relatively useful within a competitive market. With the US and Europe joining its automakers to create CCS, Japan developed its own. The third is Tesla with its own brand of charging, but for $400 Tesla owners are able to purchase a CHAdeMO converter.