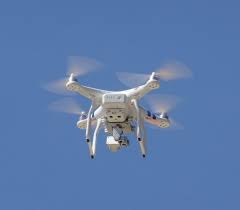 Officials believe a drone, or possibly a bird, struck a departing airplane last Saturday, leading to its return. Delta flight 1281 landed safely and all passengers deplaned in normal fashion.

The Airbus A319 experienced mechanical issues after the object’s impact. It then returned its 126 passengers and 5 crew members to Austin-Bergstrom International Airport. The passengers received alternate travel accommodations and an apology for inconvenience from Delta.

Speaking with CNN, Bryce Dubee, spokesperson for the airport, said, “We’ve seen reporting that it was a drone or a bird-strike but the plane is currently being examined at the airport to determine the nature of the mechanical issue.”

In nearby Colorado, the persistent appearance of large drones baffles residents and authorities alike. Anywhere from 6 to 30 drones began flying over Phillips and Yuma counties on December 16. Authorities count 17 confirmed sightings, though they continue to spread, and now appear in Nebraska, as well. The number and size of the drones rule out the average hobbyist. Authorities estimate their size at 6 feet in diameter.

Both the Air Force and Drug Enforcement Agency claim not to own the drones. The Federal Aviation Administration has no information regarding their ownership.

A new set of regulations proposed by the FAA directly addresses incidents such as the bizarre phenomenon leaving residents and authorities alike perplexed. Presently, drones must carry identifying information. However, this only assists in identifying its owner if it crashes. For drones in flight, there’s no means to identify the controller.

Under the proposed regulations, all drones in excess of about half a pound would transmit data about their whereabouts to a central database. Access would be granted to law enforcement bodies, permitting them to find owner information in real-time.

Authorities addressing incidents like the one on Saturday involving Delta Flight 1281 would gain a tool to aid in their investigation and enforcement.