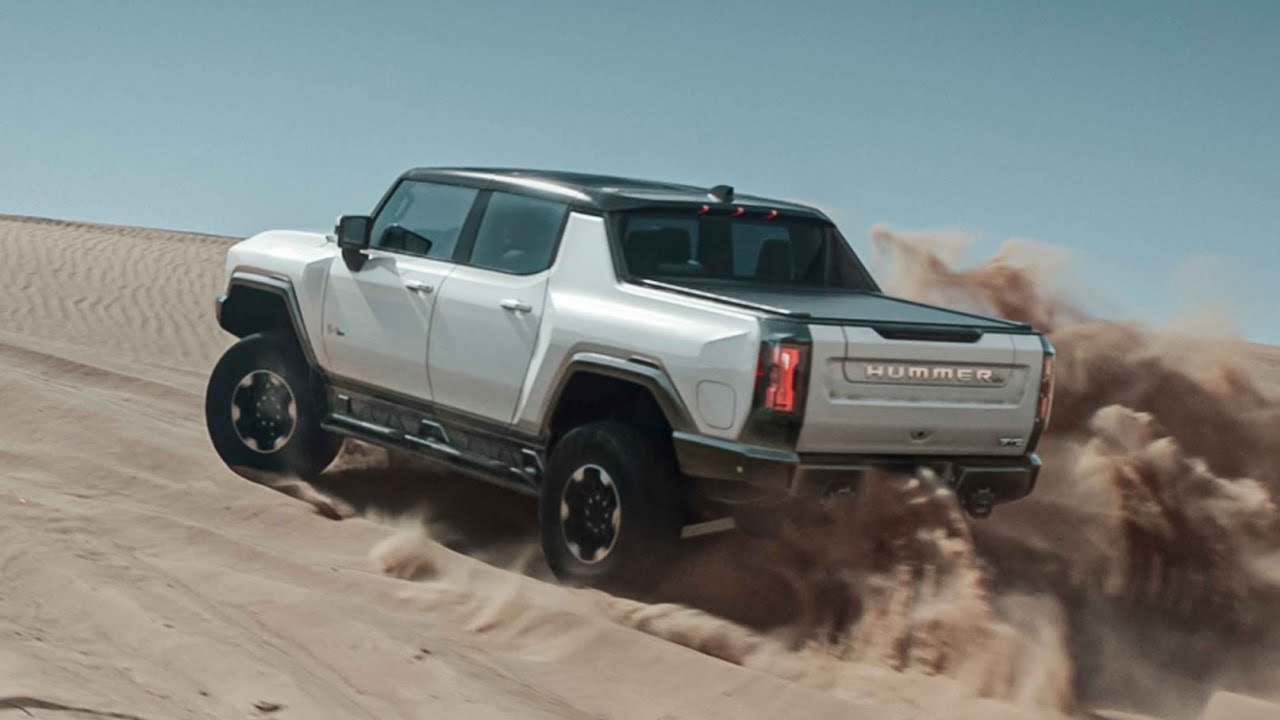 GMC has given us a teaser of it’s electric Hummer rotating both pairs of wheels a full forty-five degrees. This demonstrates a new feature for four-wheel steering, which they branded as crab-walk.

The GMC Electric Hummer, is said to be initially available in fall of 2021. It comes highly-anticipated with multiple features that are sure to kick Tesla’s Cyber Truck to the curb. 11,500 pounds heavy, an open air infinity roof, and the speed to carry this level of metal to 60 mph in three seconds. What’s more, it has 1,000 horsepower and zero emissions.

We’re still a year and some change away from seeing how this model is different from it’s controversial ancestors. But in any case, let’s dissect the pros and cons. After all, to steel a line from Subaru, they’re what makes a Hummer a HUMMER.

The innards of this heavy-hitter are usually quite comfortable. A good contrast for it’s rugged exterior. They also come with a surprising amount of space. Wide doors welcome and farewell you in a most kind manner. Kind of like Bigfoot if he had a teddy bear heart. The seats are known to be thick as the sound is high-end. Probably to drown out running over the skulls of your enemies.

It’s a leader in veering off-road. It doesn’t matter if it’s muddy, snowy or rocky. There’s a reason you see Hummers in so many action movies. It’s because they can handle whatever obstacles or terrain you put in front of them. They’re as monstrously close as you can get to objectifying André the Giant without becoming an actual Monster Truck.

More Ambidextrous Than An ATV

Don’t let the size full you. From the H1 to the H3, each model has versatility to reckon with. One day, it’s a streetcar your daughter wants to purchase for her Barbie doll. The next day, it’s a tow-truck alternative that can drag the Titanic from it’s grave. (Well, not really but you have to shoot for the stars to reach the sunset.) However, one thing’s for certain: It gives you an edge, the Hummer.

It’s as goofy a gas guzzler as bubbly babes are eating boba. The energy it requires to chug a whole load of gasoline is astounding. Unfortunately, the miles per gallon indicates that owners will be spending loads at the Shell to fuel up on more rip-roaring action.

Bull In A China Shop

You can bring the city to a Hummer but you can’t bring a Hummer to the city. Or, at least you shouldn’t. It’s not easy to circumnavigate through the traffic of urban sprawls, as it’s difficult to fit the requirements on skinny streets, short parking garages and other drivers’ patience.

It’s high-maintenance on the highway, at high speed and even for new hires, excitedly disappointed at their big spend off the first paycheck. The weight weighs heavy on the engine. And if you don’t know how to cover the costs, good luck trying to fix it up.

You be the judge on what the new model means for GMC. Here’s the teaser.